The track leading off the Bodalla road to the spacious Nerrigundah graveyard moves beyond a venerable tree. Travels past saplings whose peeling bark creates grey doorways leading to orange splendour. Leads up to a gate without padlock or chain, that swings open easily. Through the gate, a pile of wombat droppings.

There are two separate clumps of graves amongst tall slender grass. Local family names. A few with military insignia. One for a young man who died on the way to the first world war. One with two rough crosses simply labelled Mum and Dad.

The graveyard itself is well cared for: slashed out to the boundary. The graves seem a bit sad and unvisited: artificial flowers scattered; plastic vases overturned: a cross broken off at the haft; lettering fallen off or faded; lichen settling in on the tombstones; small branches fallen across the slabs.

I wouldn't mind resting here when the time for permanent rest comes. But I don't think I want a monument, just a scattering on the light breeze, under the tall trees, with Nerrigundah Ridge as the background, and bark peeling to reveal the vividness of tree-flesh. 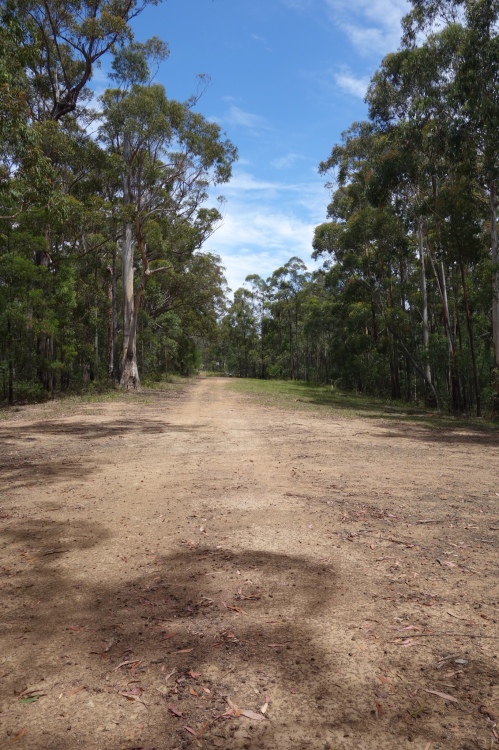 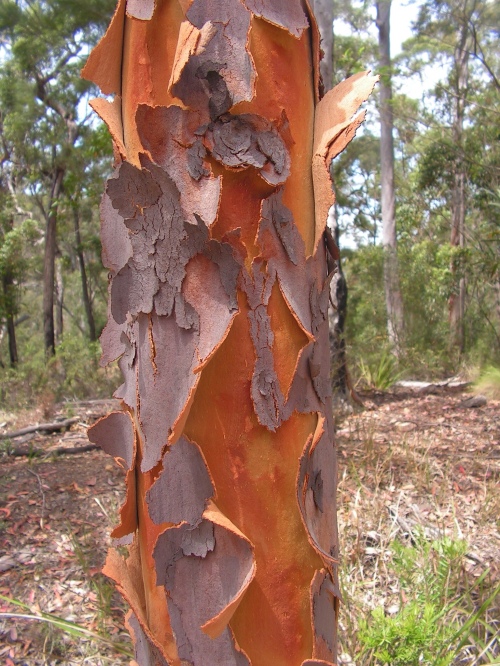 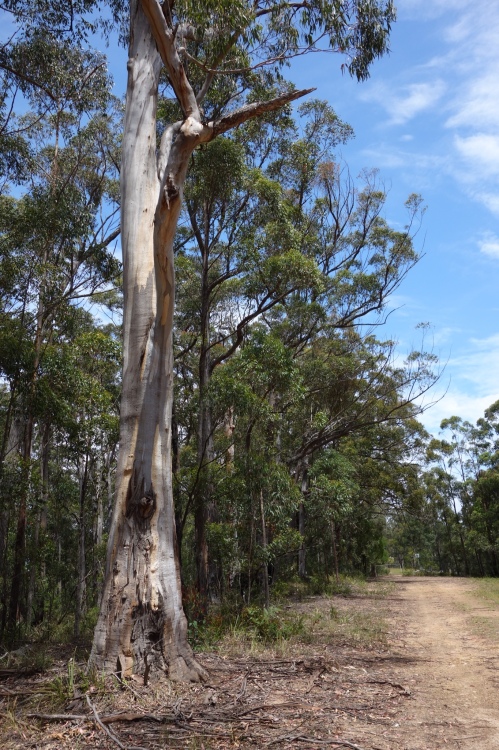 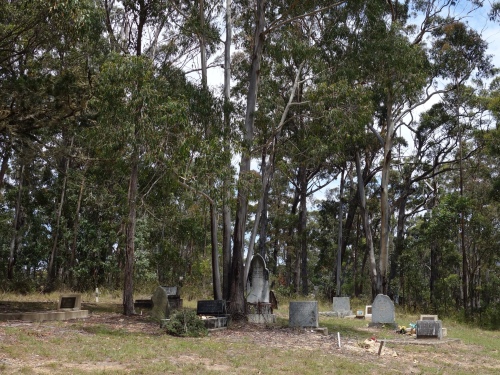 A few stanzas from Thomas Gray's “Elegy written in a country churchyard” is a possible way to end this post. You'll need to change the trees, and perhaps wonder whether the second of the stanzas is a tad dismissive of what may have been perfectly fulfilling rural lives. “Celestial fire” can take many forms, and swaying the rod of empire can actually make a person into a monster (as of course can a peaceful rural life.)

Beneath those rugged elms, that yew-tree's shade,

Where heaves the turf in many a mould'ring heap,,

Each in his narrow cell for ever laid,

The rude forefathers of the hamlet sleep.

Perhaps in this neglected spot is laid

Some heart once pregnant with celestial fire;

Hands, that the rod of empire might have sway'd,

Or wak'd to ecstasy the living lyre.

16 thoughts on “The graveyard”