This post acknowledges my dentist who not only does pro bono dentistry in places like Nepal and East Timor, but is also on a mission to visit all the Eurobodalla beaches. We’re both on about 30, but her acquaintance includes unusual beach pastimes like swimming and snorkelling. Thank you Charmaine for making a visit to the dentist a pleasure (almost).

There are stories here at Mystery Bay: the mystery that gave it its name and the geological story behind its kinks.

The mystery story is easy to track down. In 1880, gold was discovered near Bermagui, just south of Mystery Bay. The Mines Department sent Lamont Young, one of its geologists, to report on the find. He travelled from Batemans Bay by rowing boat, a “green 8m vessel”, landed at Bermagui, and then left again, spotted by residents early in the morning as the boat moved slowly north. That afternoon a man riding along the coast found the boat on the rocks north of the goldfield, with no sign of the five men.

Police were puzzled. The boat had been steered through 70 metres of jagged rocks. There were four large holes in the hull but the planking had been stove out, not in. They found bait, a pocket knife, pipe and tobacco, food, a bag of potatoes, a bag of clothing, bedding, a sheath knife, an axe and shovel, three mother-of-pearl studs, a portion of a meal and three cigar butts. Large stones had been placed in the boat. None of the men were never heard of again despite searches, rewards, government inquiries and wide media coverage. That’s the mystery of Mystery Bay. The day I visit such sinister happenings seem impossible in the bright warm sun. 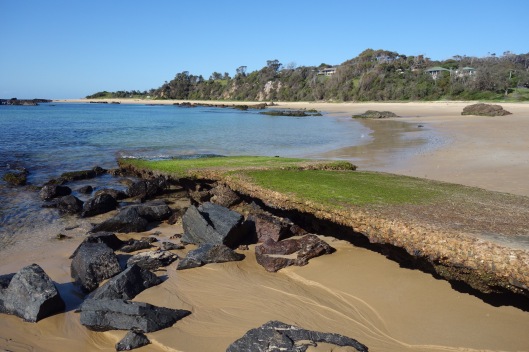 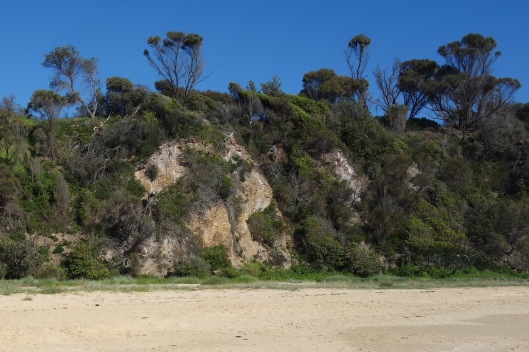 The geological story of the kink zone is a bit more difficult to research as google leads you to, amongst other things, sites dedicated to pansexual fetish lifestyles. The kinks I’m after are far more interesting and far older – like 500 million years old – cpressured into existence by the movement of tectonic plates. When I do find information it’s so technical that every third word eludes me. So understanding the mystery of the kink zone is a work in progress.

What do I understand? That the rocks are sedimentary, which is obvious from the layering of patterns (maybe) and I’m told they’re chert, black mudstone and slate.  And that’s about where it ends for me. Once I encounter something like this – Differential shear stresses acting along or adjacent to a non-planar fault surface or shear zone may cause uneven acceleration during slip – my mind wants to doze off. Looking up each word and mastering its technicalities is life work I fear.

Then I stumble across an accessible definition: a kink is a tight curl, twist, or bend in a rock band. “Continued kink band growth can produce chevron folds.” That sentence is like meeting an old friend: I can recognise a chevron! Now all I need to do is to apply these definitions to the actual rock face – which means a return to Mystery Bay with J who has a better grip on such things than I do.

After this feeble excursion into geology I return to the more familiar aesthetics of the rock face, the rock pool, lichen and the leftovers from the tide. 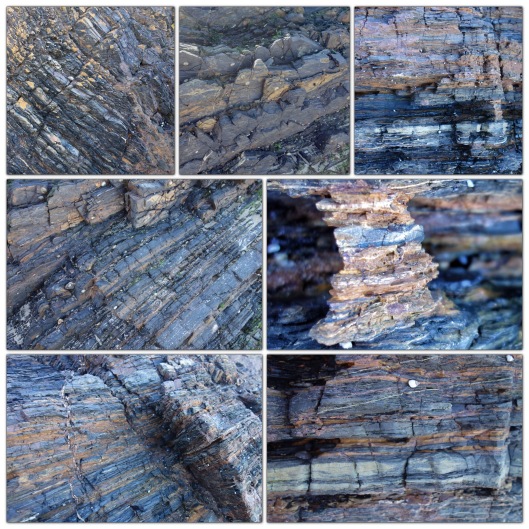 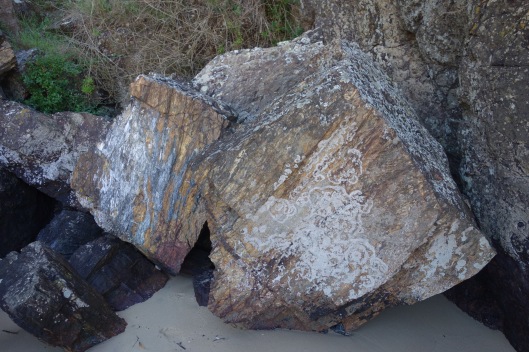 It’s time to leave the kink zone and walk along to the sand and low rocks of the south end. As the sun warms me, I relax into another beautiful day, leaving the worries associated with ignorance behind me. 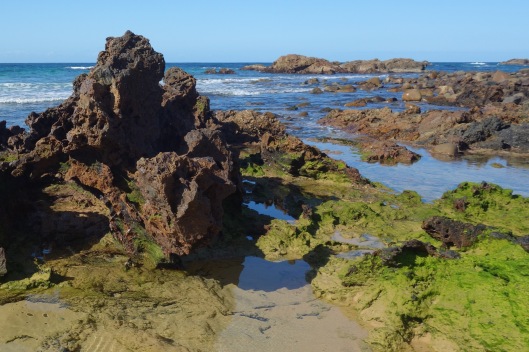 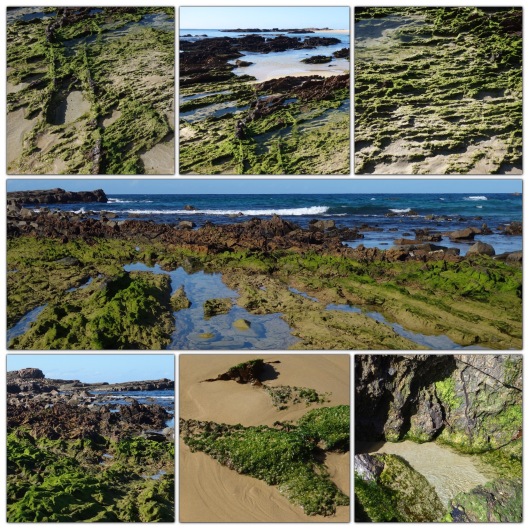