It’s been a long time since we’ve had anything that could really be called a bushwalk: plenty of beachwalks with the majesty of the sea to the east, but no walks that concentrated the majesty of trees. To find this pleasure unexpectedly, we returned to the segment of the Dreaming Track we walked along last week, but took different sidetracks.

First through a forest of knobbly trunked banksias, 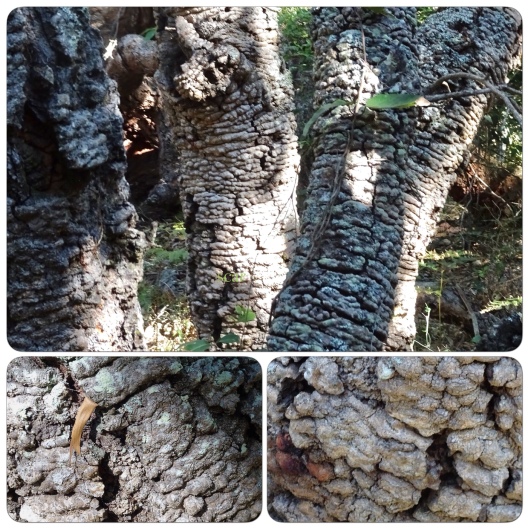 Then a visit to the splendid forest redgum (Eucalyptus tereticornus) hoping to see it flowering more prolifically than last week. It was budding madly, and there were a few bits of finished flowering. Looking closely at the buds I noticed a tiny dark brown tip which served as a cap and came off neatly, not a disease at all. And not named in any of the eucalyptus naming of parts we discovered when we got home.

Although we followed a different track we finished up at the same place on Coila Lake where we picnicked last week. We settled on the sand and ate smoked oysters, camembert, and beetroot dip as the lake lapped loudly in the fierce wind and a sea eagle rode the air just above our heads.

This area has a lucky recent history. Local council bought a big parcel of coastal land for sewage works, which are there edging a splendid piece of bush with their ripe smell. Once they were established, the remaining land was sold to national parks, and it’s now a part of the long strip that is Eurobodalla National Park. Such is the story told to J by a local woman walking her dog.

Tucked away amongst the eucalypt forest are seven rainforest species, old friends from a rainforest passion some years ago. I made good use of an early night going over and over the list in my mind: cheese tree, fig, mock olive, myrtle, lillipilli, blueberry ash and giant water vine: all part of natural regeneration.

Amongst the bark on the ground were the marks of caterpillar scribbles, mystifying since we don’t usually see this enigmatic scrawl in our part of the world.

While my eyes were seeking out scribbles, they were also collecting brightly coloured leaves in the eucalyptus leaf litter.

By the time we got home the wind was howling and we were glad to retreat inside.