Usually the term “gateway” is used metaphorically. Not so with the gateway to Wellington in inland NSW. This gateway is a very substantial work of community art. I leave my cabin near the caves late on a grey afternoon to investigate and photograph it, and find a grand design reminiscent of Gaudi’s masterpiece in Barcelona, although admittedly on a considerably smaller scale.

Attributions first: the overall design was created by sculptor Frances Ferguson and nine artists from the Orana Aboriginal Corporation; stonework is by Ken Done, metalwork by David Hobba, glasswork by Brian Hurst, mosaic designs by local schoolchildren. It’s constructed from the girders of the old Wellington bridge which collapsed in 1989. A sign at the site explains the symbolism. It’s shaped like a seed pod, representing the fertility of the valley and the future potential of the town. The chimes are the stalactites in the caves. The pool is the junction of the two local rivers and is encircled by words in Wiradjuri: Wirrum-wirrum ngina omeo warra ay bila-bila nyn (Wellington. Here mountains stand, rivers join.) metal and mosaic plants grow out of the pod: kangaroo grass, a native grass now replaced by European grasses, and purple Paterson’s Curse, colourful, a bit prickly but tough and enduring. On top of the dome a young seedling of the native orchid Diuris althoferi, a new species discovered by the local botanist, George Althofer (founder of the Burrendong botanical gardens) symbolises the ongoing unfolding of connection to this place.

I circle the gateway as two men exercise their greyhound across the road and a small boy takes a break from “are we nearly there yet?” to climb all over the rusty metal. 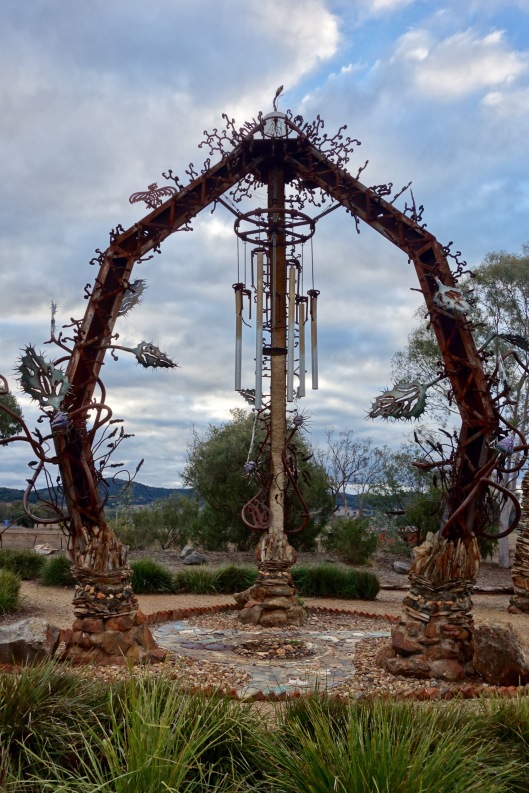 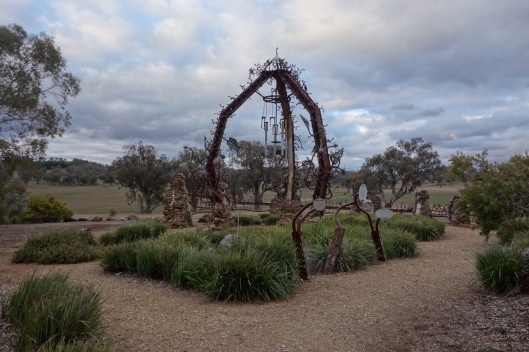 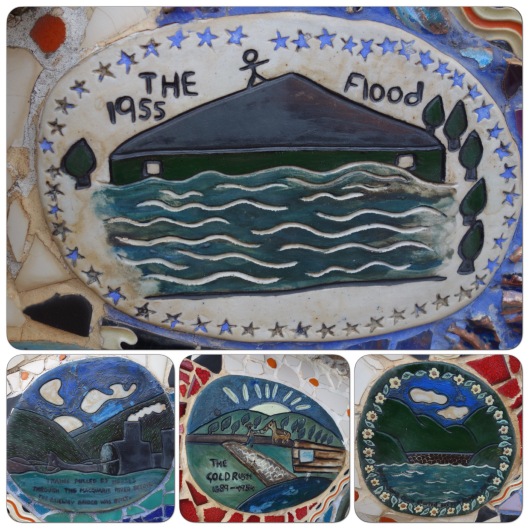 The next morning I visit again in totally different light. Since I’m not a studio photographer who manipulates light, I have to depend on the diurnal movement of the sun, which has disobligingly placed itself just where I don’t want it to be. However this forces me into different perspectives, rather than following last evening’s as I intended. The colour of the mosaic plants twining around the pod, are clear and vibrant and I focus on things yesterday’s silhouettes didn’t reveal. 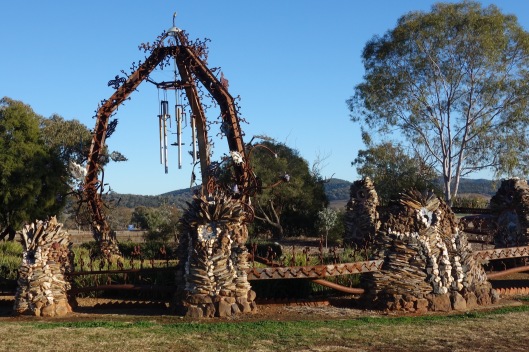 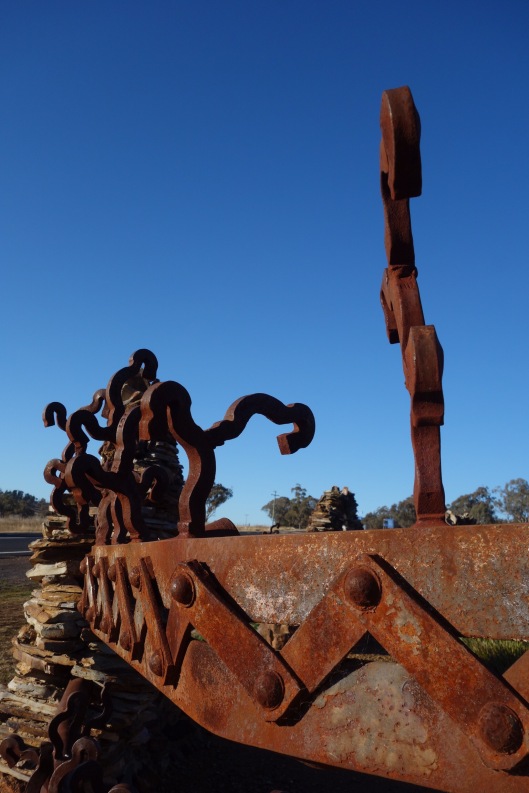 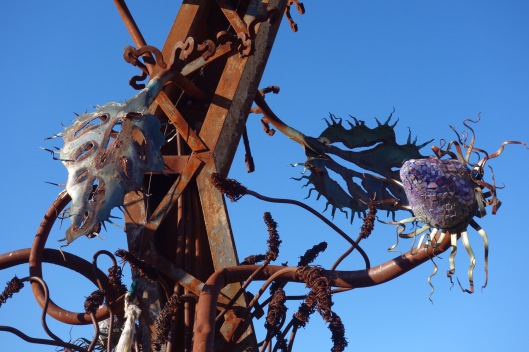