(And every plant, every food: we sing it, we dance it.)

Mulkun says she had to find a new way to paint beyond the sacred identity of plants, and find their secular identity. “The way they grow, the way they look and express themselves. This gave me their rhythm or their pattern.” For her, the paintings hold knowledge that it’s important to pass on to her people. John’s dilemma is different: he has to find a way for a painter of another culture to “make a work about a site of great power and sacred importance, and do so with reticence and reverence. I have painted the land at one remove, as seen through a veil.” 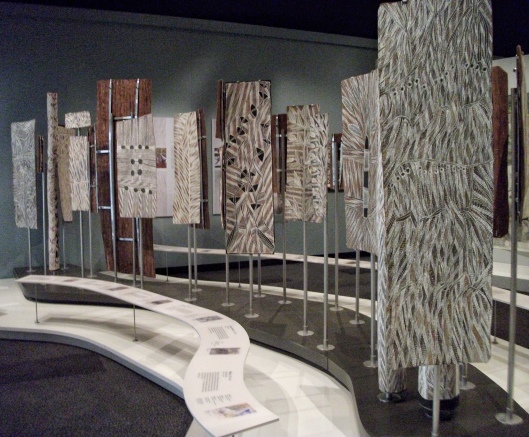 Along the sinuous panel beneath the paintings there is information about the plant, its use as food and medicine, and also an image of the same plant taken from John’s painting.

This is Gunga, the spring pandanus, used as a painkiller for teeth. “When little kids lose their teeth we chuck them into the tree so their new teeth come back sharp and strong.” 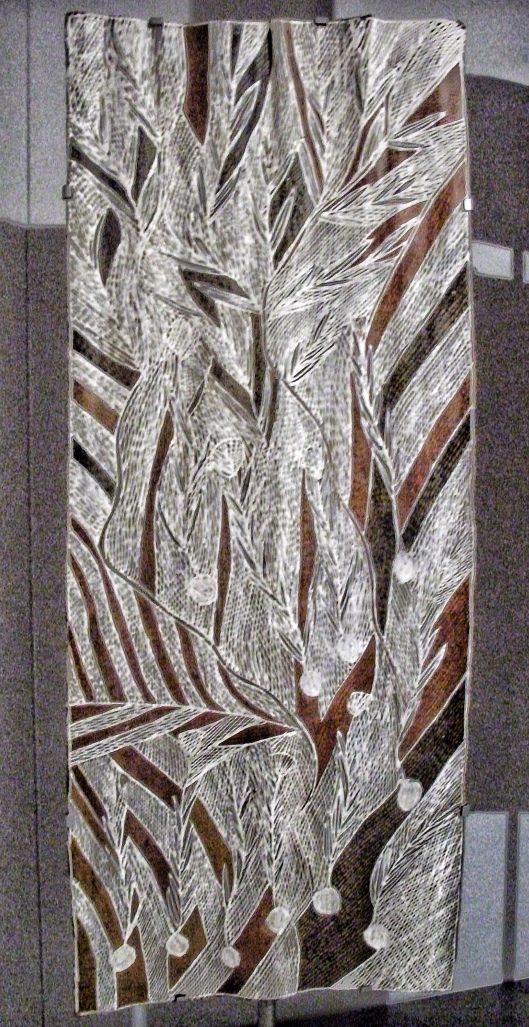 Butjuwutju / Mona (bush potato) has a tuber like a spinning top, but its grass-like stems are hard to see amongst other grass. People no longer know about this food. It’s been replaced by flour.

Nyathu (cycad) is probably the oldest food plant in the world, and sacred bread for the Yolngu. The nut is poisonous and has to be carefully processed. Community leader, Merrklyawuy Ganambarr-Stubbs, says that two Yolgnu clans still use this as an analogy for good governance: if proper processes aren’t used to make decisions, the outcome is poisonous and people will be killed.

John’s vast scroll is sort-of captured in a slide show where each frame duplicates a bit of the preceding one, and in a collage of close-ups. 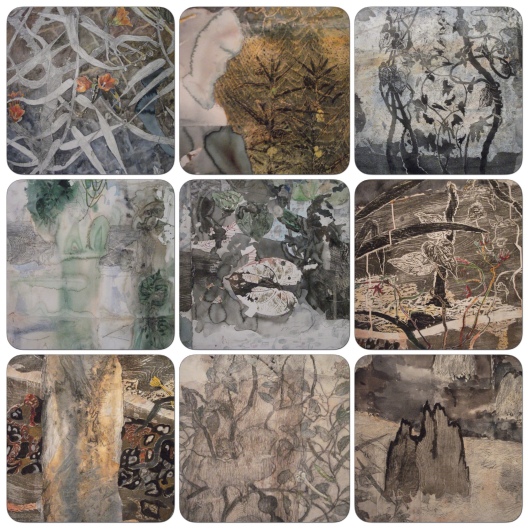 A short video shows the two artists at work, searching for plants and painting them, as John learns their Yolngu names. 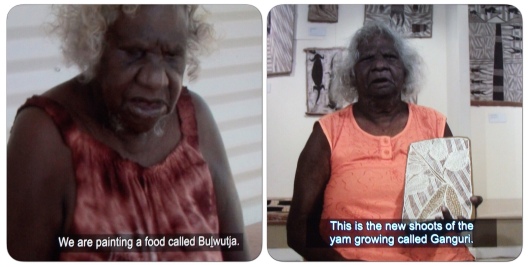 I can’t leave this post without telling Mulkun‘s story. Her mother was taken by a policeman when she was out collecting räkay (water chestnuts) with other women, her child perched on her shoulders. Her father speared and killed the policemen and he never returned. Such is Australia’s shameful history.