Three years after the first European settlers arrived in Cooktown, a botanic garden was proposed. By 1878 ‘Queens Park’ was a reality. Water was diverted, wells sunk, fountains erected, greenhouses and formal gardens constructed. It was the pride of the town and the centre of dignified recreation.

By 1896, money was getting a bit scarce, so townspeople could subscribe to the gardens, in return for a weekly bunch of flowers. Gradually, as prosperity dwindled, the gardens were ignored and reverted to weeds and shapelessness. In 1979, the site was cleared for an arts festival and signs of former splendour were uncovered. Cook Shire Council began the business of restoration and expansion. Some original plantings are still there and so is a lot of granite stone pitched channelling. Without documents, restorers depend on archaeology to show what the gardens used to be like.

As I ramble around I stumble across the circles of the old fountain, and stone channels and ponds. I visit the garden beds where flowers were grown to sell, and loiter near lily ponds. I encounter the Cooktown orchid, unfortunately behind wire, and the Vanilla orchid, unfortunately not flowering. The feeling is of parkland, and their are many invitations to sit: smoothly carved benches announce the name of the timber they are made of and encourage contemplation of the prospect. 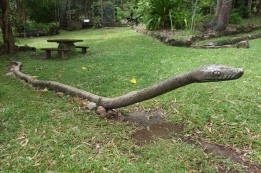 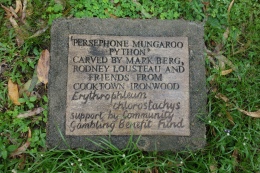 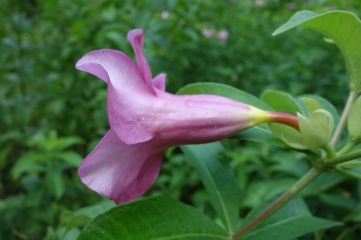 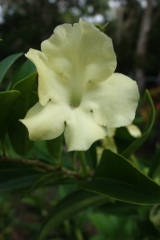 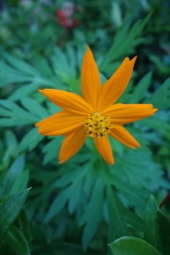 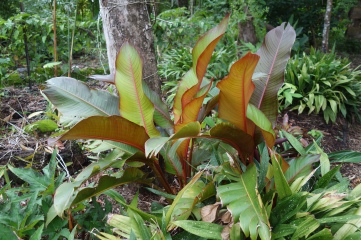 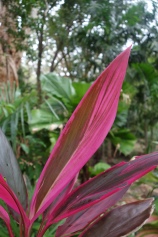 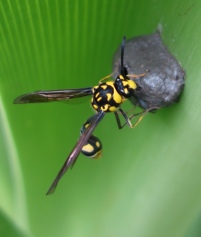 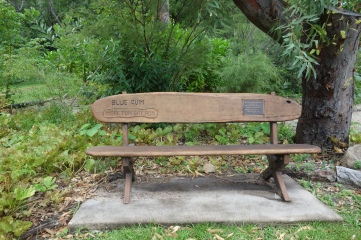 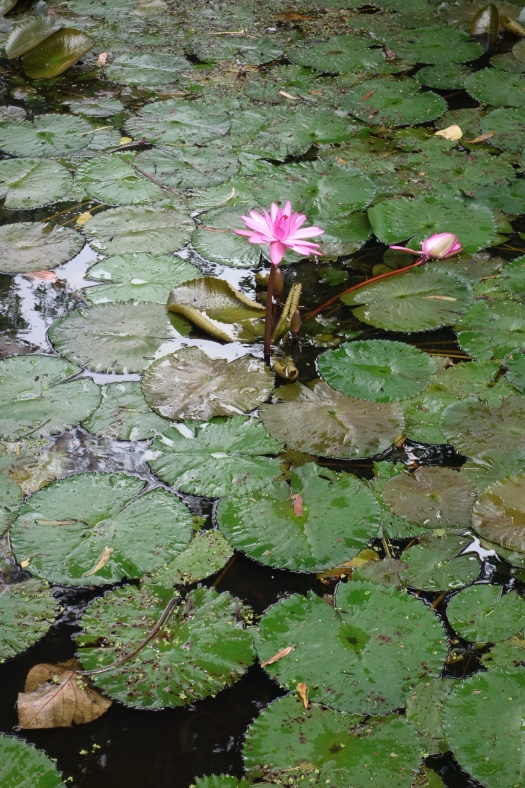 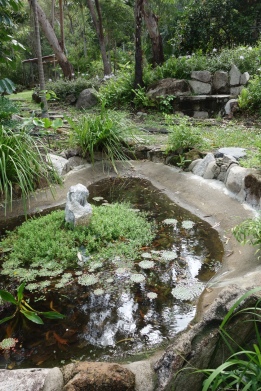 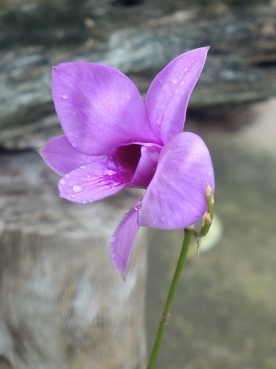 The predominant colour in the gardens is red, from pink through pillar box red to orange. The flowers are exotic in shape and configuration beyond any hope of ID by this botanically ignorant plant-lover. 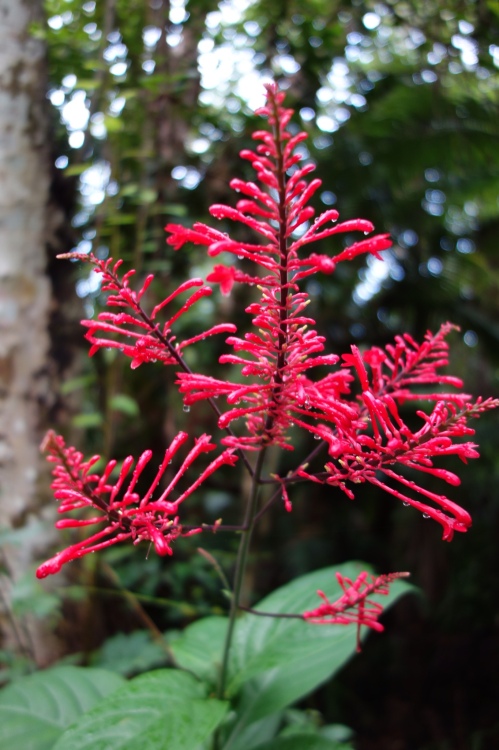 I spent a long time prowling round the Botanic Gardens, so I needed sustenance. The espresso was served outside near the information centre, a building of glass and reflections where it was difficult to distinguish what the glass held from the real world of forest. As I sipped my coffee I caught a glimpse of two large iridescent blue butterflies swooping against the green.

At lunchtime, my companion was a very handsome tree with a bole-shape of utter perfection. The cafe was surrounded by gardens, and the pear cider was delicious enough for me to indulge in a bit of product placement. 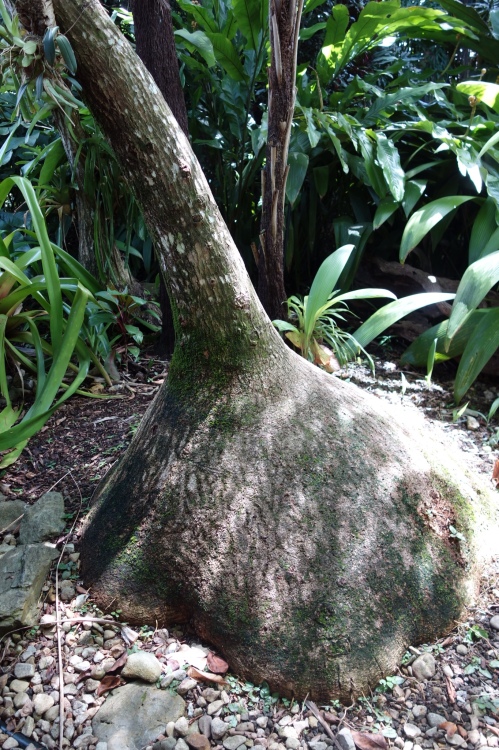 A slow day. Plenty of sitting and absorbing. . An encounter with a pair of magpie geese. Reflections in crocodile waters, saltwater and freshwater. A wander through Gondwana, a palm swamp, an Aboriginal garden. Disappointment when the orchid and fern houses are closed. Delight in the vividness and eccentricity of tropical flowers and ferns. So much to see.

For a start, let's ramble around and get a feel for the landscape of the gardens. 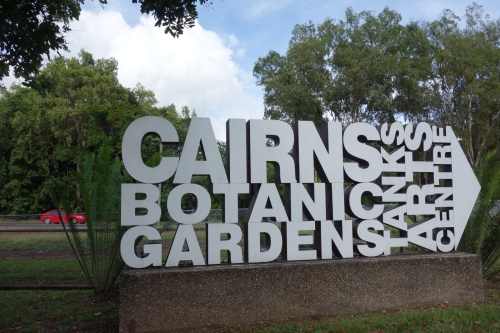 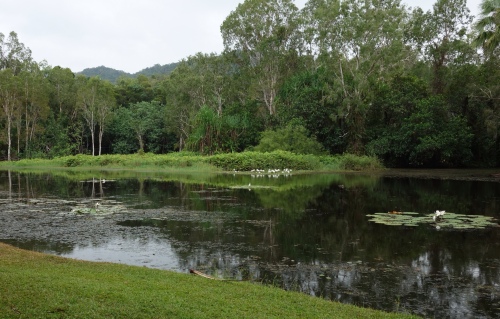 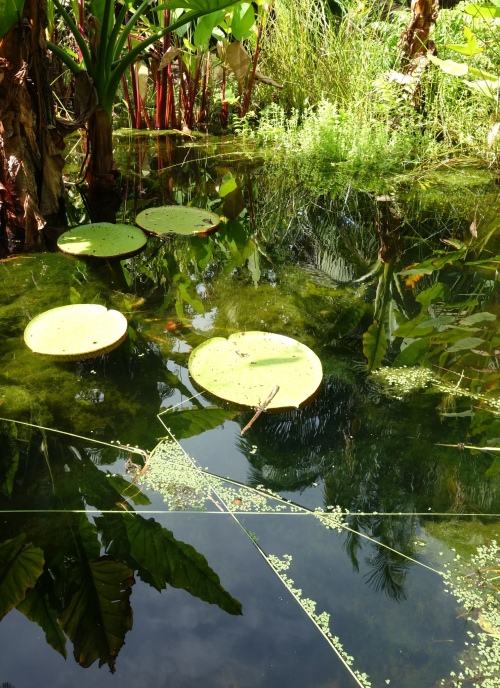 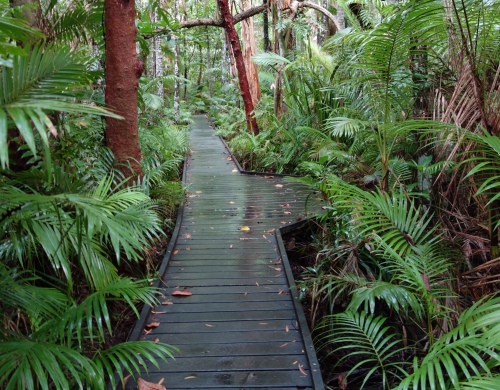 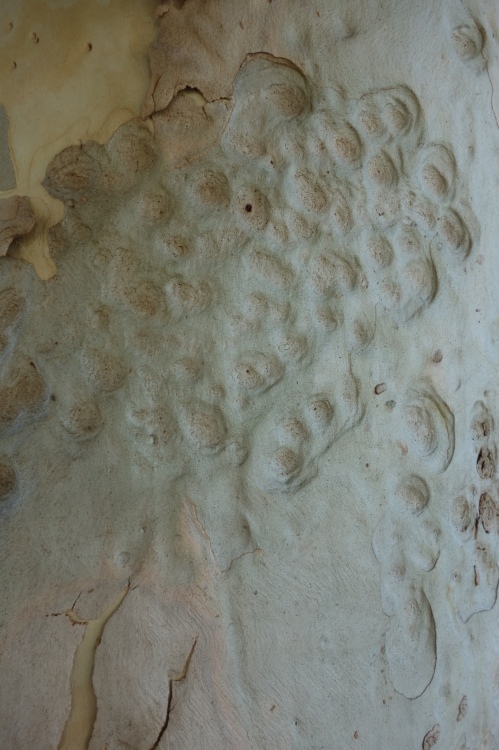 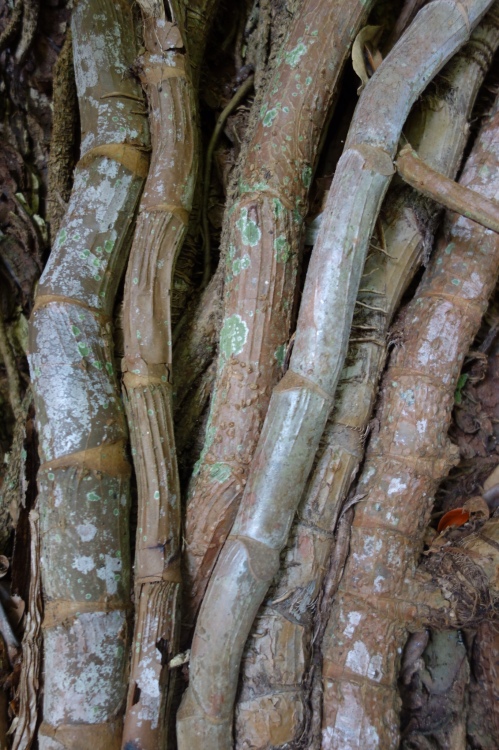 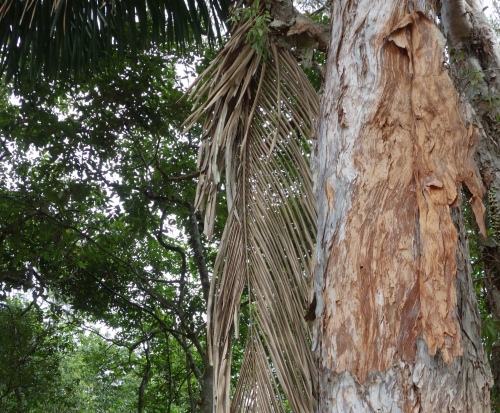 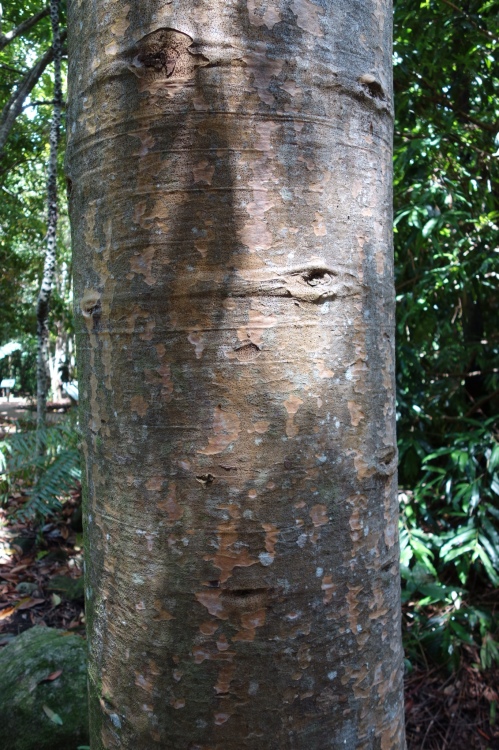 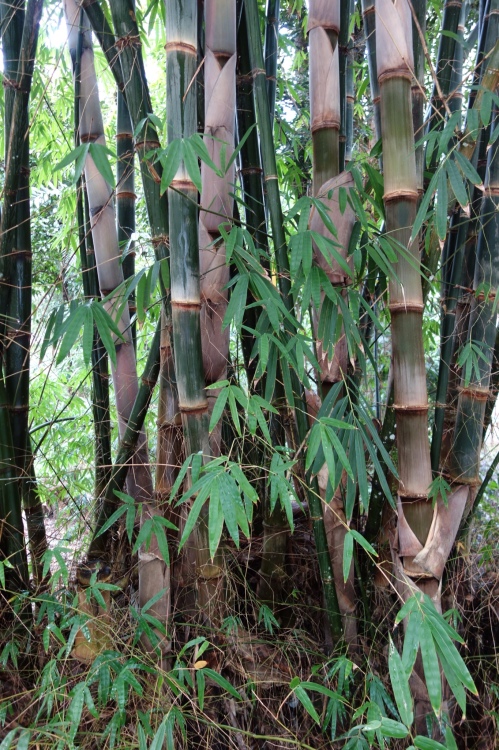