This week I went beach exploring with an old friend from my early days on the south coast. She was unfamiliar with the coastline north of here, so we headed out to Bingie Bingie Point where we were blown off our feet by a very brisk wind. We retreated to the sheltered Dreamtime Track behind Kelly’s Beach (also known as Bingie Beach North or Meringo Beach) heading for Grey Rocks. We could hear the roar of the sea on one side, and water glimmered through the trees on the other. When we reached Kelly’s Lake, the walking track signpost was up to its knees in tea-coloured water. We negotiated the steep cut-away sand drop, me barefooted for the first time this spring.

The beach was firm and the sun strong. Inviting rocks stood in the gleam of departed waves. Some were clothed in weed, delicate pink fan shapes white-dotted on the end of the fronds. In one of the deep fissures I spotted movement which resolved itself into a large crab, orange, purple, green and fierce-pincered. A shell, covered in garish green moss, drew attention to itself in a pool on top of a rock. In another rock pool were the delicate circles, almost submerged, of sand anemones. The sea had been busy creating its subtle sand patterns tracing its receding flow after full moon tides.

We rambled amongst the tumble of rocks: a tilted flat one like an ancient altar; a smooth vaguely phallus-shaped one; large rounded rectangular ones – tilted, separated by dark crevices and covered with orange lichen; smaller gibbous orbs; rocks with the waxy smoothness and mottled look of marble patched with obsidian-black; a thick band quartz-like band of pink, grey and browny-orange running through speckled grey rock. One day, I’ll know the all their names.

We left the beach pleasantly sun-warmed and rock-tired and reached the car in spitting rain. 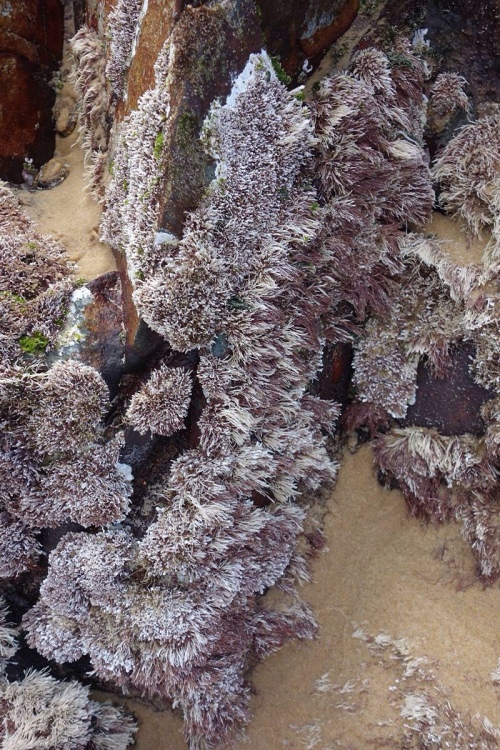 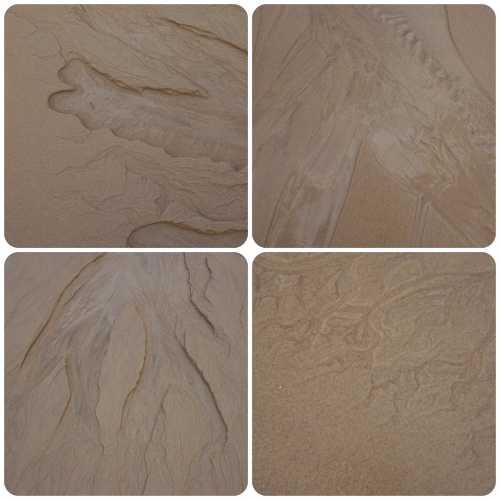 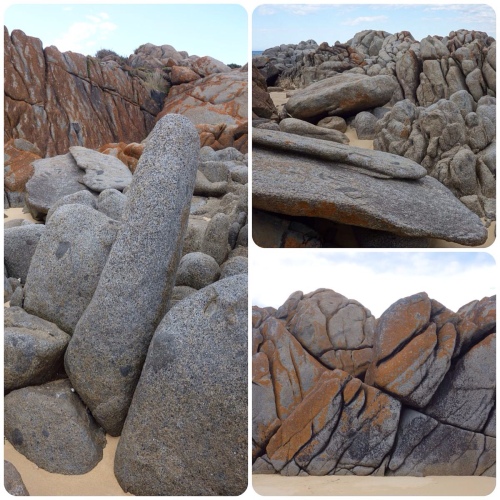 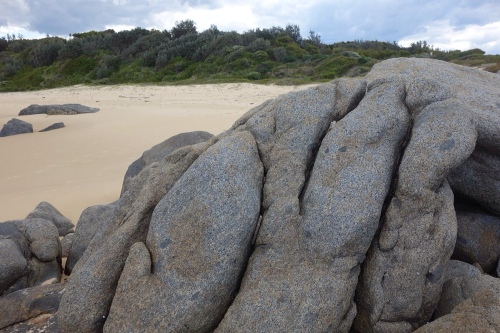