If you've had a surfeit of rainforest, palms, leaves and buttresses, read no further. I don't expect everyone to share my excesses!

After a couple of nights in Mossman, I head north towards Cape Tribulation, named so by Captain Cook “because there began all our troubles” that culminated when the Endeavour ran aground on a reef. I breeze across the Daintrree River ferry, and enter serious cassowary country. The road is designated for sightseeing and the low speed limits suit me perfectly. I pootle along under arching trees, keeping a hopeful eye open for a cassowary. The lookout shows me an expanse of coastline and waterways and I turn off past the Discovery Centre to the Jindalba boardwalk in Kuku Yalanji country.

I'm early, and the only car there is the ranger's car. Forest sounds are swallowed up in the wail of a leaf blower. A leafblower? In the forest? The young woman wielding it tells me it's a public safety issue. Damp and rotting leaves make the boardwalk slippery. It still seems incongruous, like a butterfly behind bars, and I'm certain she hasn't blown the whole boardwalk, which winds its way through all the pleasures of the rainforest, beginning with a spectacular blaze of red. The boardwalk makes way for saplings, probably not allowing them quite enough room to grow, and I'm amongst the irresistible elegance of buttresses, the occasional splat of water from high in the canopy, a flurry of creamy fungi, splotched tree trunks, an abundance of leaf shape, and a rushing creek. 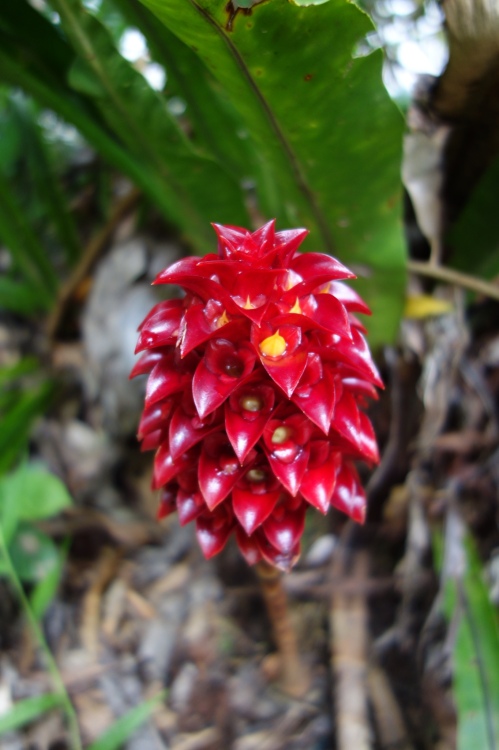 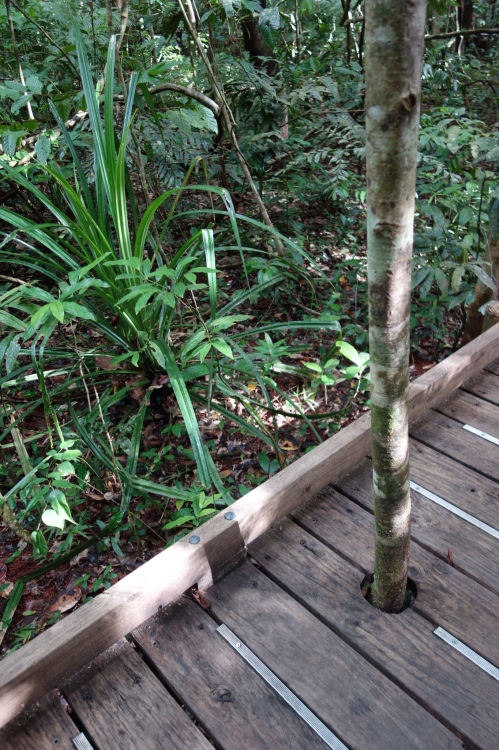 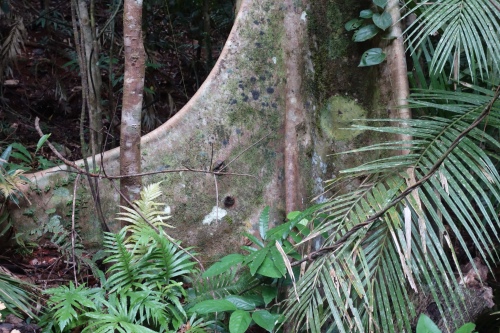 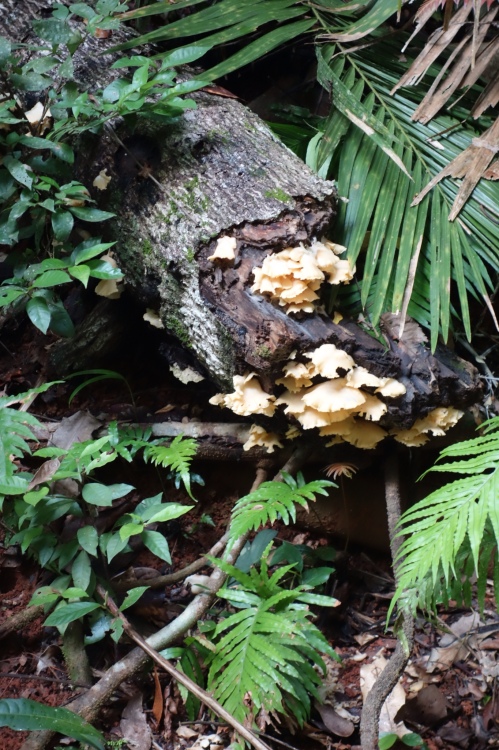 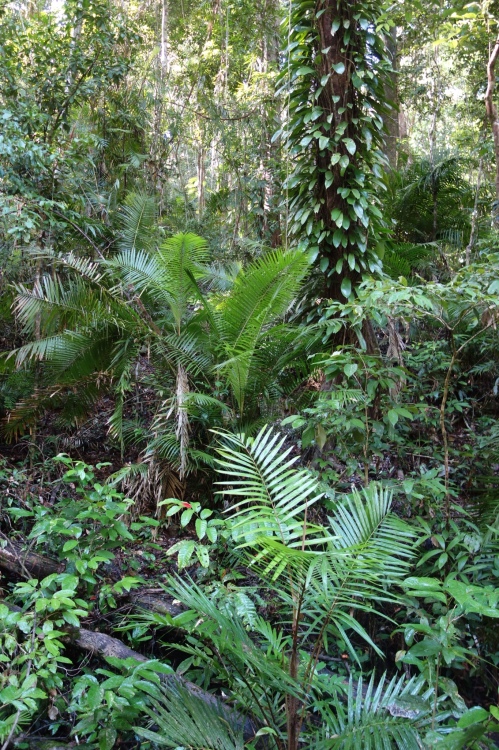 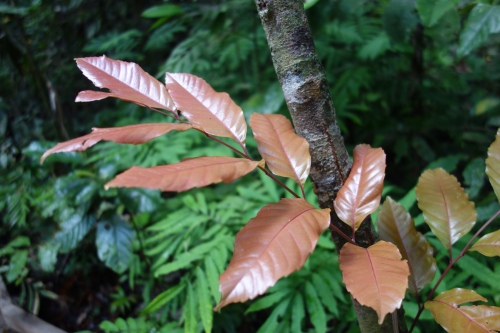 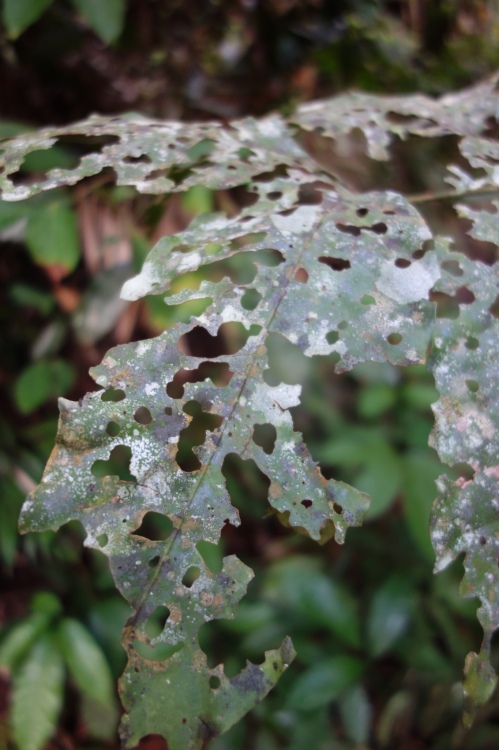 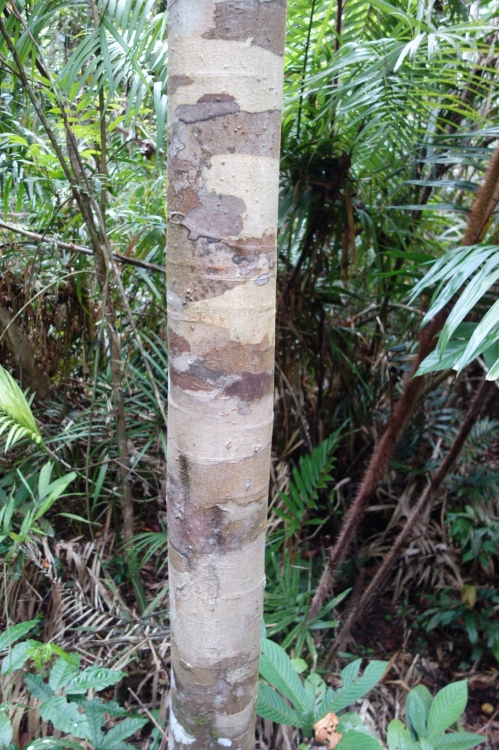 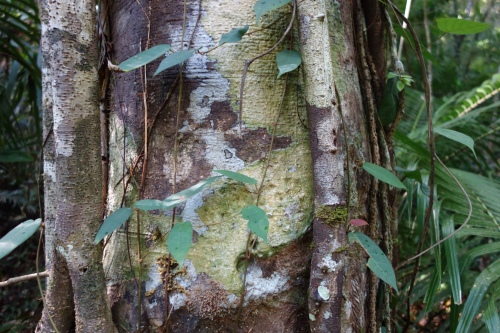