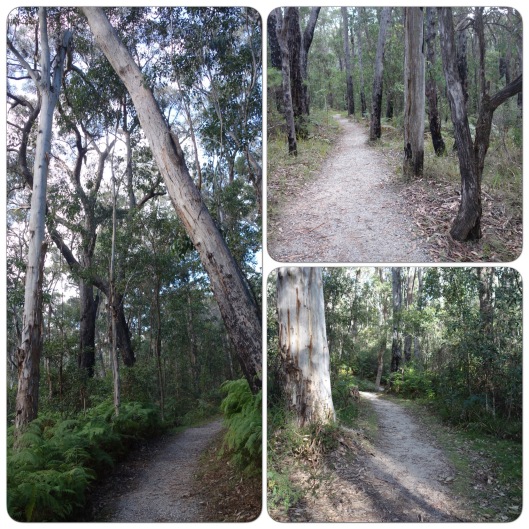 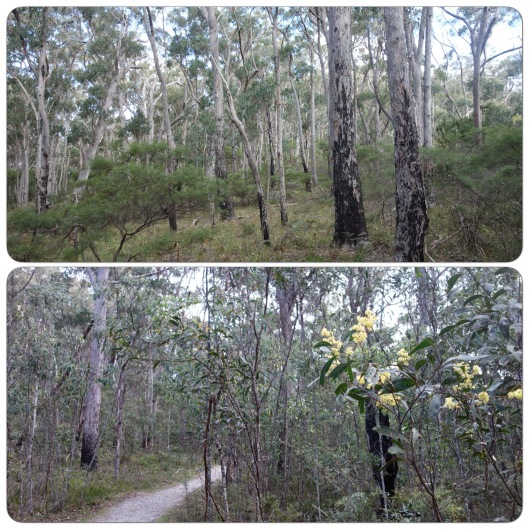 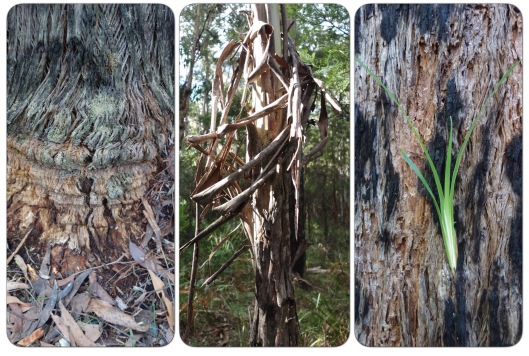 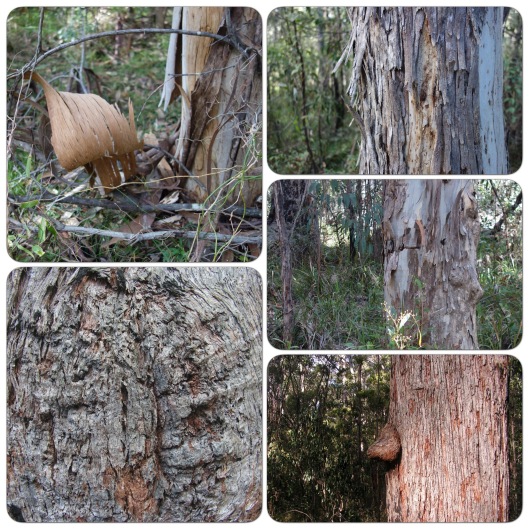 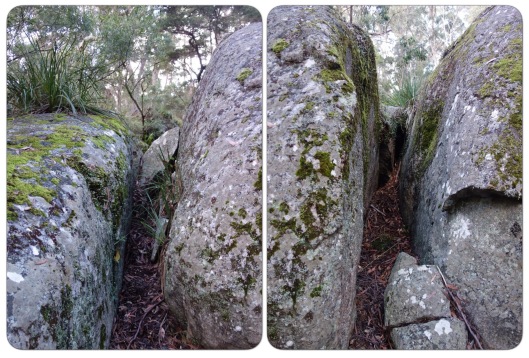 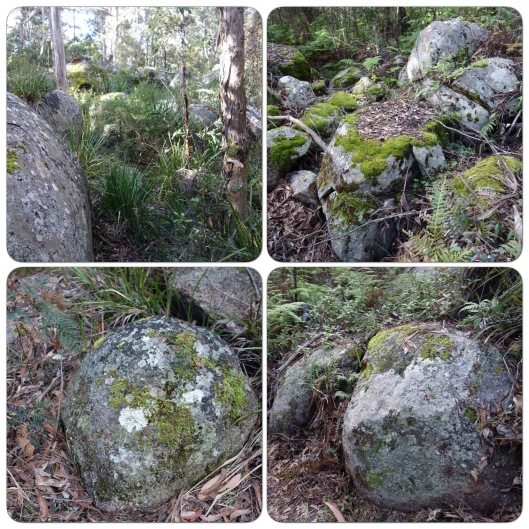 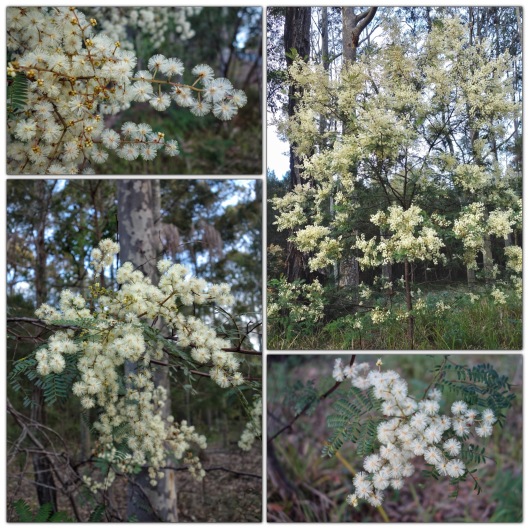 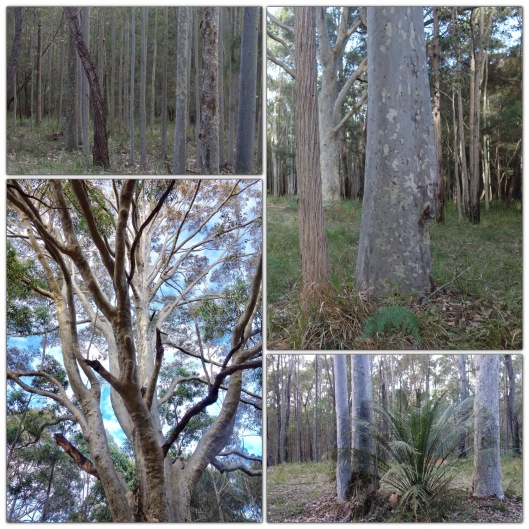 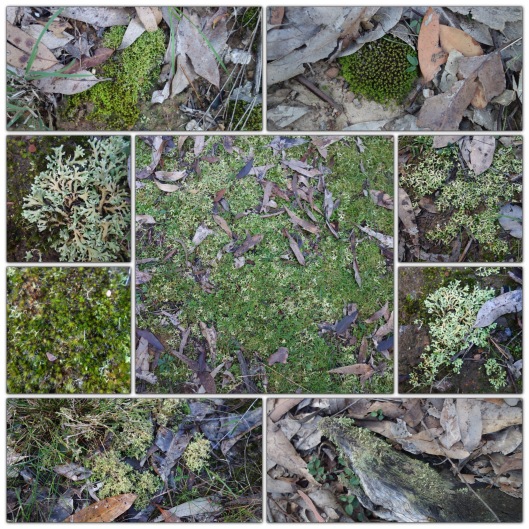 One of my blogging friends, Tish, understood the nature of many Australian wildflowers when she said, in a comment on my last flower post “We’re not talking in-your-face ‘hosts of golden daffodils’ here. I suspect you have to do a bit of sleuthing and keeping your eyes peeled to come on all these lovely plants.” She was right. Many of the flowers featured in this post are tiny, and I need to keep my eyes slowly swivelling to spot them. Fortunately my default walking mode is slow: if I jogged I would see nothing.

This early morning flower walk began with a couple of macropods and their joeys, one with tail and paws dangling out of the pouch, ears finding a space around them; one watching me from the pouch with alert eyes. Then a movement in the bush turned into an emu, who took off in a hysterical ungainly leap when (s)he saw me.

The predominant flower colour on the headland in late September is white: creamy candles now taking on a cylindrical look; a flourishing of white flowers emerging from grass-like leaves under the twisted spotted gums; tiny many-petalled flowers in profusion on the ground; the hairy white flowers of the boobialla, berries not yet rich purple. A couple of bluey-purple Solanums offered a change of colour. Then there was a miscellanea of banksia cones, male toothed casuarina needles, curled monotoca leaves, the beginning of wattle pods, a madly budding and sunny-flowering hibbertia, and the exquisite filigree of a leaf skeleton.

The photographic triumph of the morning came towards the end of the walk. At last I've almost captured with clarity the miniature forest that is the flowering of moss. It was worth lying flat on the ground amongst potential leeches and ticks to capture the minute green cylindrical bobbles on slender red stems. 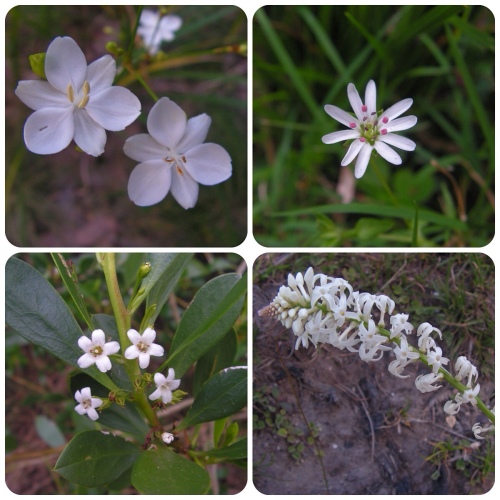 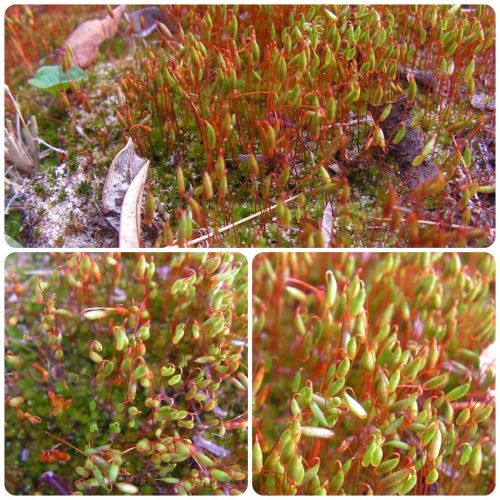 Last week, I visited my coincidentally Polish accountant to sort out my tax and ask financial questions from the abyss of my financial ignorance. After such an encounter, I usually find an unwalked beach and explore with a picnic lunch. This time it was high tide, and I don’t walk on beaches at high tide.

So I stopped at a sandy track, guarded by frantically flowering wattle, and stumbled across six prolific colonies of greenhood orchids: Pterostylis nutans I think. They were hiding amongst bracken just off the track, heads demurely facing the ground. In each colony, I counted at least 30 plants. If I saw six colonies I reckon there’d be many more: if I counted 30 plants it would have to be a conservative estimate. 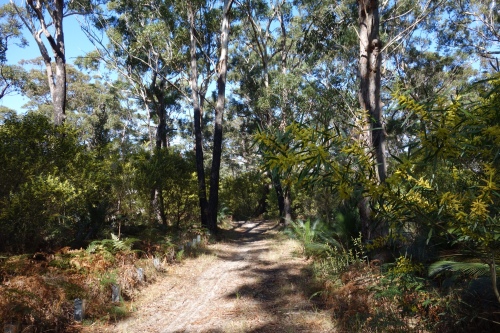 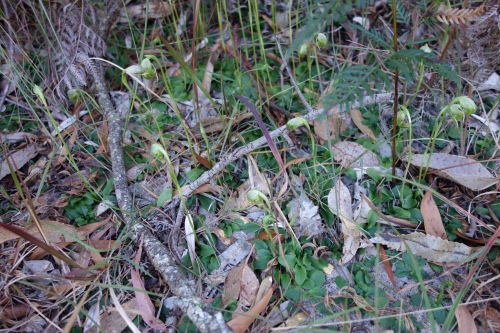 But the orchids weren’t the only treasures. There was moss: soft spring green; spiky, star-like pinky-red and green; flowers (are they flowers?) wavering on the end of thin red stalks.

Then there were the many faces of banksias: flower; seed pods opened; hairy dead flowers; dead flowers broken open into red; stippled bark, some showing signs of fire; and closed seed pods. Gumnuts, round urns, littered the ground wherever there were eucalypts.

May Gibbs, in her children’s book Snugglepot and Cuddlepie, transformed banksia cones into villians, the Big Bad Banksiamen, and gumnuts into the characters of the title, a pair of gumnut babies. My leather bound copy was a gift from J on our third wedding anniversary, a memento of my childhood pleasure in this Australian classic. 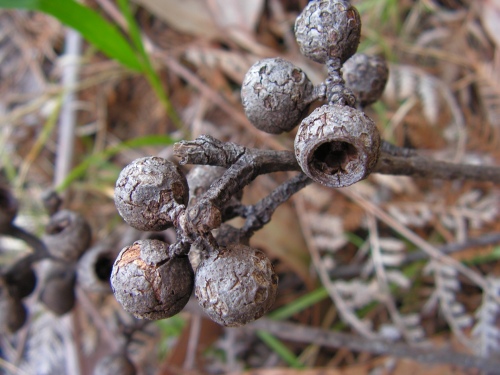 Everywhere was the brightness of wattle, which has to be called golden, and which is one of the signatures of home for me. 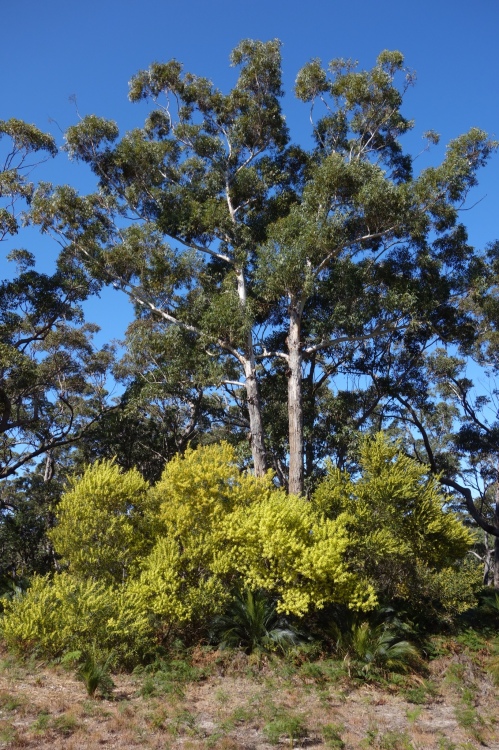 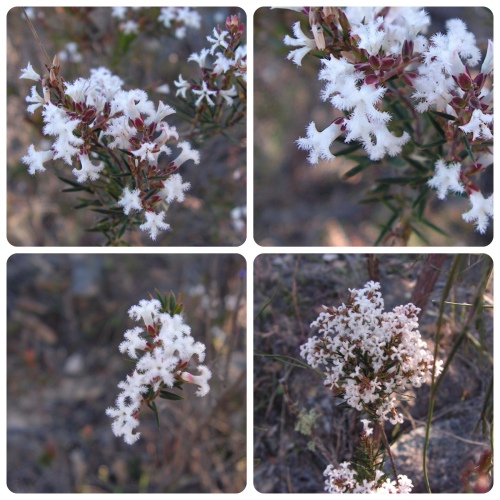 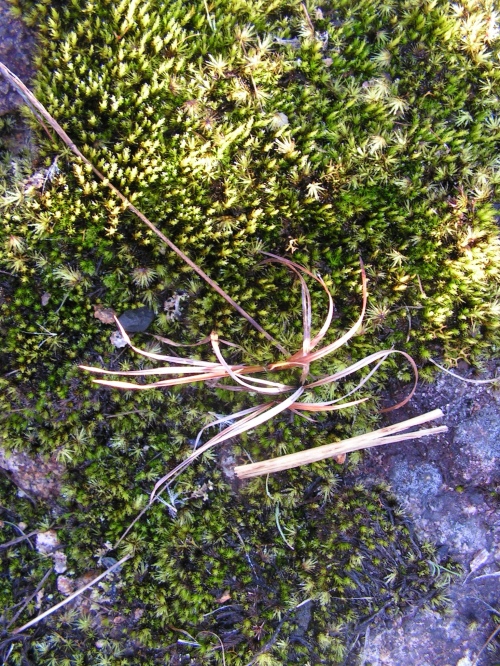 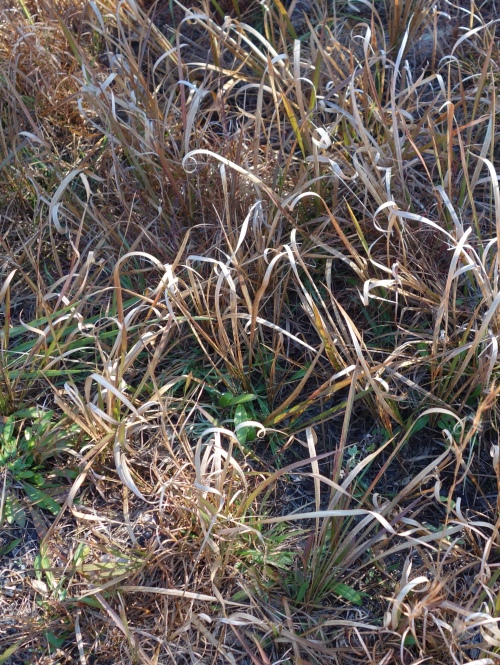