Confession time! During my last month in Warsaw I read copious numbers of Peter Corris detective stories. Why? Maybe because they are an easy read and I needed to retreat into denial of imminent departure. I have form with denial: years ago when bushfire threatened and we’d relocated treasures and documents to a neighbour’s house, I sat reading the inanities of Sweet Valley High. But maybe it was because all the Corris novels are set in places I know – Sydney and the Illawarra – and am about to return to. This screen dump from my Kindle-on-iPad is not a complete listing of my shame! And yes. I’m a bit of a book snob, not that this affects my reading habits.

This post is delivering on an intention framed in my Warsaw apartment, probably at New Year, to write a short review of every book I read, partly as a way of gluing them into a recalcitrant memory. Now that I’m back home, I’m reading non-fiction again. Settled and without responsibilities, I can be a bit more serious. I travel back a long way in my Kindle purchases to find unread treasures.﻿ 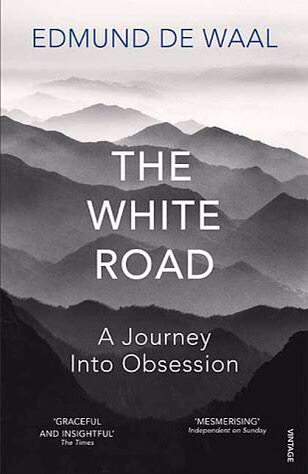 I read an extract of “The white road” in a magazine and was drawn to it by the incongruity of porcelain as a favourite Nazi gift.  In fact this is only a very small part of de Waal’s book: he’s a potter and he travels geographically and chronologically in search of the clay used to make porcelain and the history of its manufacture, as he prepares exhibitions of his own work. His story feeds  my interest in the power and productivity of obsession.

This is a lively account of the history and politicking behind the search for cancer treatments. It reveals the territoriality of doctors; the difficulties of testing treatments; the complexities of cancer itself; the need for new research and statistical protocols; the power of a good advertising campaign; the changing conceptions of the disease as science and technology advance. Occasionally you hear the voice of the patient, usually in opposition to their treatment. Your heart bleeds for the suffering of victims, and for researchers who can’t get a hearing. There are the usual crusaders, fakes, and prophets without honour. I must confess I was a bit lost once DNA entered the picture, and almost relieved when I realised that the last 35% of the book was in fact footnotes.

“Quarterly essay” offers in-depth essays about something important in Australian politics. Stan Grant is an Australian journalist who has worked internationally. He reflects on the Aboriginal experience of Australia, interspersing his own powerful family story with horrifying statistics about health, education, and particularly incarceration. As a man who straddles two worlds, he sees the necessity of playing the world the white man’s way, but he’s also embedded in the history of his people.

“The Quarterly Essay” is my way of getting a grip on aspects of Australian politics I’ve spent a year ignoring. Pauline Hanson is an Australian senator who won her place with a virlulent attack on Muslims and political correctness in all its manifestations. Her last appearance in federal politics twenty years ago was driven by attacks on Aborigines and Asians. Marr gives a reasoned account of her unreasonable views and a detailed analysis of her voter base. 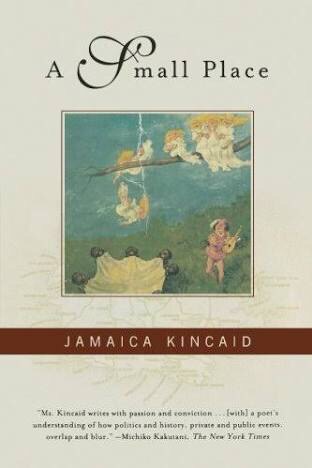 Jamaica Kincaid attacks with passion and virulence the appropriation of her homeland Antigua first by the colonising English, and now by the foreign tourist, neither of whom have any understanding of the devastation wreaked on her island home. She uses the second person with devastating effect, pointing the finger in a way that makes me feel personally implicated. Her pain is the pain that Stan Grant feels for his people.

I’m a big fan of the essay, and eager to read the best Australian ones on offer. I expect this collection to offer some joy, but by and large it paints a dismal portrait of Australia: its appalling  treatment of refugees and its refusal to acknowledge responsibility for the bleaching of the Great Barrier Reef. Then there is an account of the dying and decay of a whale; another on the death of Detroit; a complex eulogy for a father, and another for music, friends and youth. I think I may have already mentioned the one simply called “Vagina”.  There were other less grim essays, but these are the ones that stick in my mind.

The remaining two books are long-term ongoing reads, part of my sense of obligation to the history of Poland. I’m a bit concerned by my dwindling reading stamina and my retention of what I read. So I’ve committed myself to reading for a solid hour a day, making notes as I go, and refraining from looking at the clock or twiddling with the iPad.

The book I focus this attention on is Friedlander’s. The reading is fascinating , but by no means easy. My understanding of Jewish history in the twentieth century is expanding and so is the horror at the way Jews were viewed and treated, not only by the Nazis. The author draws heavily on diaries ranging from those of a 12 year old boy in Łódź to those of Emmanuel Ringelblum, archivist and historian of the Warsaw ghetto. 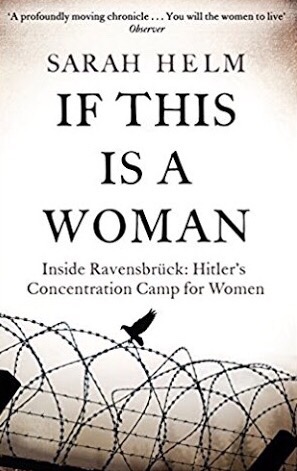 This account of Ravensbrück is one that names women and tells their individual stories: guards, capos, SS officers, and prisoners (Jews, Poles, French, communists, officers of the Soviet army, gypsies, prostitutes). It takes you to the earliest days of mass killings by injection and then by carbon monoxide. It allows you to imagine in a very limited waythe lives of women, some as young as 15, snatched from a comfortable existence and transported to horror, uncertainty, and for many, horrible deaths. It prevents me from being complacent about the basic niceness of people, but it also offers some amazing stories of the spirit that refuses to be quelled: Christmas carols sung in silence; tiny sculptures on the end of toothbrushes; poems written on scraps of paper, or received line by line by different women during endless roll calls to be preserved in memory alone. The book duplicates Primo Levi’s questioning: can the humane can survive in the face of the very worst inhumanity? 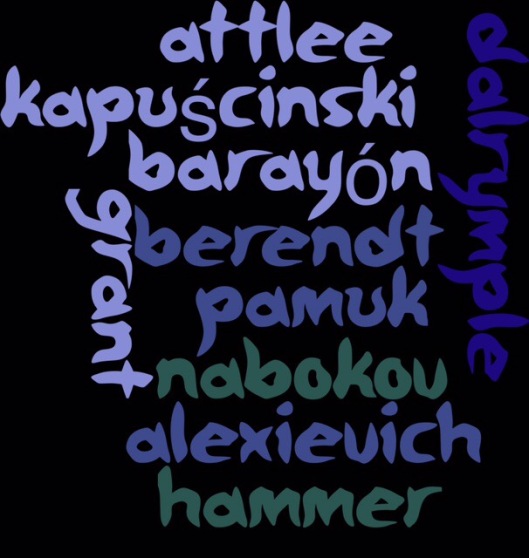 When I finish these last two, I have Nabokov on butterflies waiting for me. I started it with sheer delight before I left for Warsaw and because it’s a non-digital book, and a whopping great heavy one it had to stay at home. I read samples of many books when they were so easy to download with Warsaw internet connection and these are waiting for me too: John Berendt “The city of falling angels”; Ryszard Kapuścinski “Travels with Herodotus”; Stan Grant “The tears of strangers”; Orhan Pamuk “A strangeness in my mind”; Joshua Hammer “The bad-ass librarians of Timbuktu”; James Attlee “Isolarion”; William Dalrymple “Nine lives”; Svetlana Alexievich “Chernobyl prayer”, and after a conversation with a friend just back from Spain, Ramón Sender Barayón “A death in Zamora”. Pamuk’s is the only novel.

Will I live long enough?