“There are four rules that can’t be broken” says Dr Stephen Bourke, briefing volunteers (including me) for the 2001 season of the Sydney University dig at Pella in Jordan.  I’m uncharacteristically willing to hand over $2000 – and my unskilled labour – in exchange for the excitement, boredom and hard work involved in peeling back the layers of an archaeological site.

“Don’t speak to the trench supervisor for half an hour after work starts,” he continues.  “If it’s clean, khaki, or flies a flag don’t photograph it.  No hairdryers: use one and you’ll put out the lights of the whole village. Most importantly, Abu Sami rules the kitchen. Oh, and by the way, don’t worry about the political situation. You’ll hear gunfire across the river and Israeli bombers screeching overhead, but you’ll be perfectly safe.”

People have lived in Pella without a break for 8000 years. Traces of this history are everywhere. Centuries reel by. Neolithic farmers grow crops, care for animals and build houses. Bronze Age workers construct a vast temple-fortress. Traders offer inlaid ivory boxes, imported pottery, alabaster perfume bottles, objects overlaid with gold. Egyptians are eager to buy timber from the forests to make chariot spokes. The city becomes part of the Decapolis, on the frontier of the Roman Empire. Under Byzantine rule businesses do a roaring trade, churches are built, the population swells. Then plague, the silting of the wadi, and an Ottoman victory that puts it in Muslim hands: it becomes a place to stop on the route to Mecca. The Ottomans lose interest in it, except as a source of taxes, and earthquakes wreak havoc. After World War 1 it becomes part of the Kingdom of Jordan. It is bombarded by the Israelis in the Six Days War. In 1979, Sydney University joins teams already excavating there, and in 2001 I volunteer for two weeks as more work is done uncovering the temple-fortress.

This season the plan is to dig the temple “madly” in an attempt to find out how it was built.

Two months after the briefing, it’s pick up time in Amman. The driver of the bus taking us to Pella comes in and introduces himself cheerfully. “We’ll be out of here shortly” he says. “It’ll take a few minutes to check the undercarriage for bombs and then you can start loading your bags.” 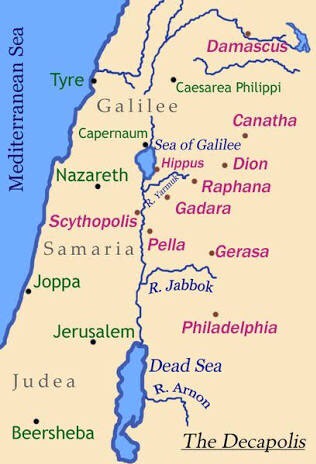 A view over Pella

If you want to know more about Pella and Sydney University’s involvement:.

Detailed history of Pella from Wikipedia

A brief history of the site, written by Ben Churcher who has been involved with the excavations for many years and is currently the field director at Pella

Conversation with a Pella archaeologist. The Pella part of this interview begins at about 9.58

Conversation with Dr Stephen Bourke, dig director in 2001 and for many years before and after

Daily life on the dig

This is background to the next series of Postcards from the past.

This discovery wasn't mine, unfortunately. My friend has a spotted gum forest behind her house and there a visitor found a colony of large tongue orchids (Cryptostylis subulata), uneaten and thriving. This was exactly the species we'd been stalking on the road to Congo before the volcano trip. The colony there was unobliging and refused to flower for us, obviously because it was too early, although their flowering period is listed October – March. I'm partial to tongue orchids because their leaves aren't shy. They poke up and announce their presence rather than sequestering their identity in thick leaf litter. They're pollinated by ichneumon wasps as they try to mate with the flower lip, yet another deception practised by orchidaceae in the interests of procreation.

The enterprising photographer, Lynda Wightman, used toilet paper as background to get a clear shot.

… this is a sample of what our daughter and her partner were doing in Slovakia and Norway. They also visited friends in Germany and F was an effective wife to her sister in Warsaw, cooking and twin-wrangling. In case it looks too idyllic I need to mention the nightmare trip from Slovakia to Warsaw, 400 kilometres in twelve hours, with twins who have learnt the power of “I want to poo” to release them from the torment of the car. 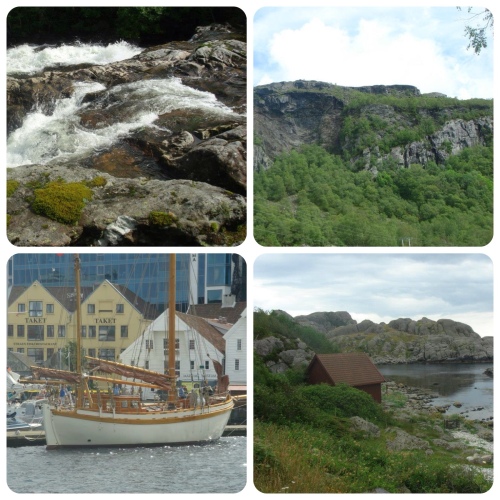