Gilgandra Flora Reserve is another of our waystations or places of pilgrimage. We last visited it in January, and even at the height of summer it provided delights. This time we expected to see some early spring flowerings, and we allowed ourselves plenty of time for a ramble in this piece of rehabilitated natural bushland, 8.5 hectares, managed by local volunteers, and donated by local farmers. We weren’t disappointed. Although I have just been mightily disappointed because a search of my no-fail filing system has refused to turn up the species list I know I have.

I love walking into the reserve off the dirt road and seeing the spires of native cypresses, so different from eucalypt shapes. But before that pleasure we had something to puzzle over: mounds of red dirt around holes burrowed down into the soil. Best guess at the makers was burrowing frogs, drawn out by recent rain.

Corrigendum by comment: Not a frog, a beetle, a Scarabaeidae in the subfamily Bolboceratinae. Thank you, Allen Sundholm. 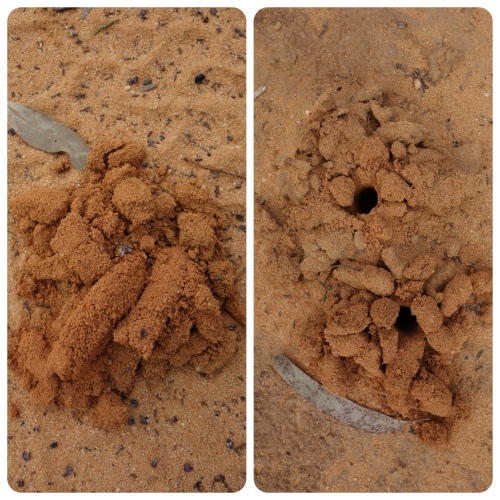 Before I was even through the gate, J was calling me. He’d obviously found something he was scared he would lose if he moved on. That proved to be a false assumption, because the Blue fingers were everywhere, in clusters and alone. In fact you had to watch your feet very carefully so you didn’t trample them. Indulge me in an excess of orchid photos, please. 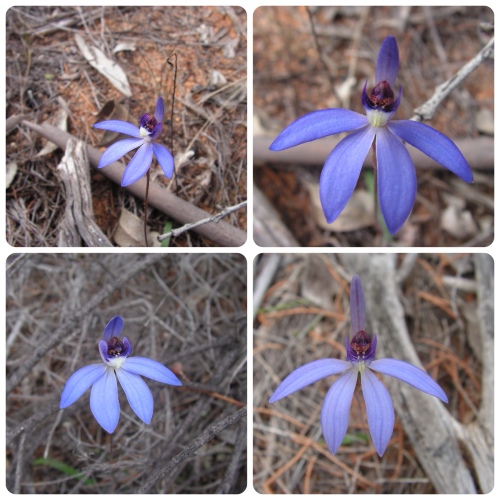 There were many other delights. A reddish pink cover on the ground proved to be a plant, rather than the pebbles I thought it was; trunks were varied; leaf-and-bark litter coiled and striated, host to bone, moth case and hardenbergia; mosses collected leaves, bark and seeds. 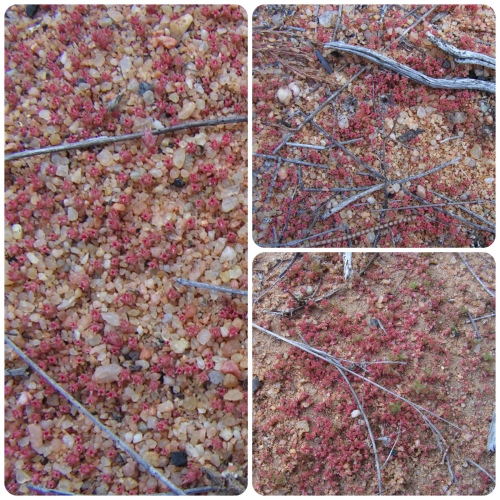 There were flowers too: wattle; difficult-to-photograph grevillea (I’ve summoned the painterly effect to disguise blur); pink phlebalium, erupting from its buds; and of course the unidentifiable one, white, with grass like leaves, a lily maybe.

Finally, the signature plant of the reserve, graceful grass trees, one of the thirty or so Xanthorrhea species in Australia. 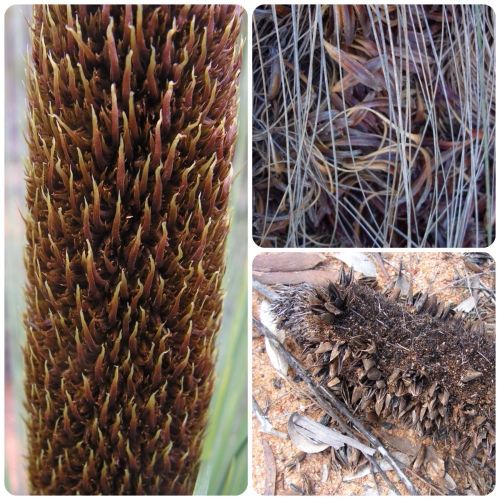 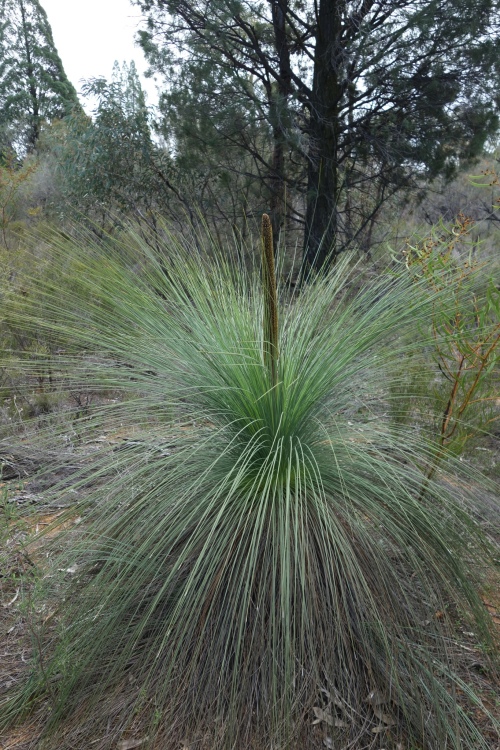 I’d like to share this walk with Jo’s Monday walkers: a taste of Australian landscape and flora.